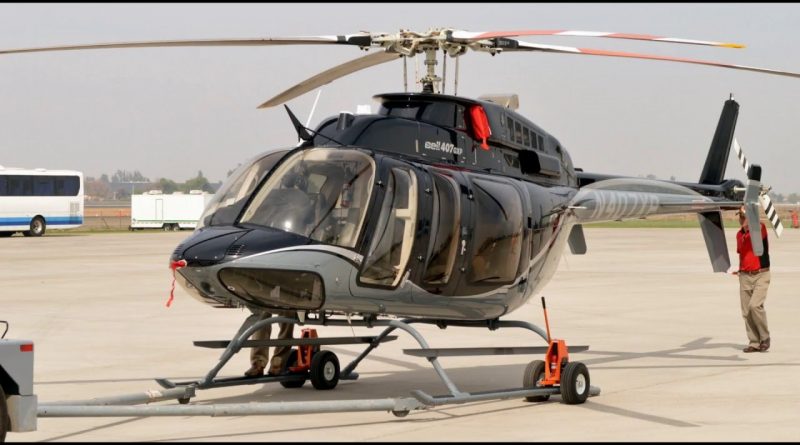 Fort Worth, TX (28 June 2017) – Bell Helicopter, a Textron Inc. (NYSE: TXT) company, announced today Shaanxi Helicopter Co. Ltd. (SHC), a subsidiary of Shaanxi Energy Group, has signed a purchase agreement for 100 Bell 407GXPs, with deliveries starting this year, in connection with the framework agreement entered into with SHC in 2016.

During a special signing ceremony in Xi’an, China, Mitch Snyder, Bell Helicopter’s president and CEO, joined Mr. Xiaoning Yuan, President of Shaanxi Energy Group, along with leaders from Shaanxi Province and the U.S. and Canadian embassies.

“We are pleased to have reached an agreement for the purchase by Shaanxi Helicopter of 100 Bell 407GXPs, one of the most in-demand helicopters in China,” said Snyder. “Bell Helicopter has been developing its support and presence in China for several years and this further establishes our commitment to the region.”

“We are very pleased to sign this purchase agreement with Bell,” said Mr. Yuan. “The 407GXP meets the Chinese market’s demand for a single light helicopter. It has exceptional performance and has been widely used in a broad range of segments including EMS, parapublic, tourism, and firefighting, among others. The gradual development of planned delivery, support, and training infrastructure will continue to promote the utilization of the 407GXP in China and provide Chinese operators with a total solution of product and technical assurance.”

The Bell 407GXP, launched in 2015, is an upgrade to the Bell 407 product line that provides an additional 50 lbs. (22.5 kg) of payload capability, coupled with a new M250 Rolls-Royce engine that improves performance and fuel efficiency delivering class-leading hot and high performance. The Bell 407GXP is also equipped with new avionics features such as hover performance calculator improvement, as well as transmission TBO extension of +500 hours that is designed to lower maintenance costs.