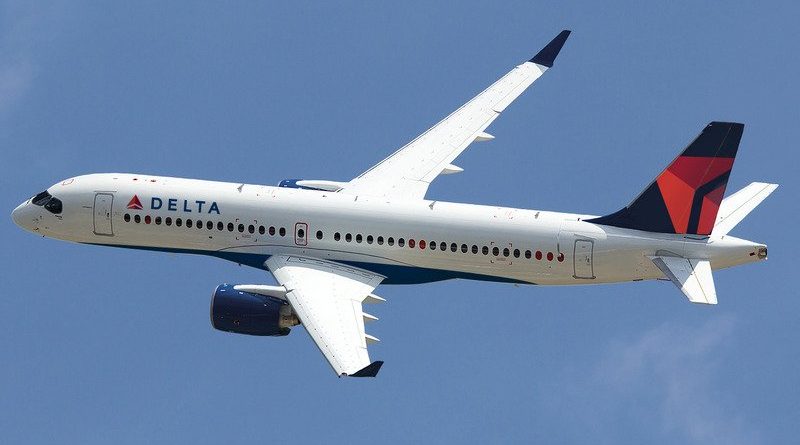 In the past few days, two important announcements about Delta Airlines have occurred that could have a significant impact on the 75 C Series order the US carrier placed in April 2016.

The first news is the possibility that Aeromexico, whose Delta now holds 37% of the shares, buys the first 15 CS 100s from Delta Airlines. In order to see how those CS100 could be useful to Aeromexico, let’s take a look at its current fleet. We have excluded the Embraer because they are operated by its regional carrier.

The first observation is that the fleet of Aeromexico is rather young and its smaller aircraft the B737-700 is still larger than the CS100. It is also to be noted that this company uses only Boeing aircraft in its fleet while the Embraer are used by its regional subsidiary. So the arrival of the C Series in the Aeromexico fleet would not be used to replace existing aircrafts. In 2012, Aeromexico placed an order for 60 B737-MAXs to modernize its fleet, which means it should not need to place another order. Officially, Aeromexico is evaluating the possibility of buying either the CS100 or the E195-E2, but if Delta transfers part of its order to it at the price it negotiated, Embraer will have a hard time matching so a low price for only 15 aircrafts. Once the CS100 are delivered to Aeromexico, they could be used on north-south routes that fit with Delta’s business.

The second news that could have an impact on C Series deliveries is the creation of a joint venture between Delta Airlines and WestJet. It is important to note that this agreement does not provide for the creation of a new airline, but for sharing of routes. To see how this deal can impact the C Series, let’s take a look at WestJet’s fleet, from which we exclude the Q400s operated by WestJet Encore, because they are in a different category.

There are 13 B737-600NGs in the WestJet fleet with a low average age; they are configured to 113 seats, which ranks them in the same category as the 110 passengers CS100 ordered by Delta Airlines. If the WestJet B737-600NG are not very old, their economic performance is just awful. To give you a glimpse, to date Boeing has delivered 6 962 B737NG, but only 69  B737-600 NG. If I can afford a metaphor: to compare the performance of the B737-600NG to that of the CS100 would be to compare the performances of an alcoholic to those of a marathoner, in other words their respective consumption tells us everything. If Delta Airlines decide to offer some of its CS100s to WestJet at the price of April 2016, the temptation to accept would be very high. WestJet could then play the patriotic card while acquiring an aircraft capable of serving any American city from Calgary and Toronto. As a bonus, she would obtain the collaboration of Delta Airlines to feed its B787 to better compete with Air Canada.

Where does Delta Airlines’ interest lie in this plan? First of all, information gathered in the last two days tells us clearly that the relations between Delta Airlines and Boeing have deteriorated a lot in the last few months; the two companies are now down to an eye for an eye and a tooth for a tooth. Since she cannot use the C Series itself in the U.S., Delta Airlines has decided to use its influence with other carriers to place the aircraft while having some control over the routes where they will be used. Delta is very concerned that, starting in 2019, Air Canada will begin receiving its CS300s which could be used to increase competition in connecting transatlantic and trans-Pacific customers.

Aeromexico and WestJet are companies whose fleets are exclusively made up of Boeing planes; by transferring them some C Series, Delta Airlines brings in the Trojan Horse because when the deal between Bombardier and Airbus is sealed, Airbus sale team will be able to build a business relation with those two new customers. Boeing’s management must be mad at the idea of seeing those two loyal customers talking to Airbus. Delta’s influence is not limited to those two airlines; in addition, Delta has an interest in Air France KLM, Virgin Atlantic Airways and China Eastern Airlines. She is also the pivotal airline of the Skyteam alliance, which includes Aeroflot, Aeromexico, Air France, China Airlines, China Eastern Airlines, China Southern, KLM, Korean and Vietnam Airlines to name only the largest companies.

As can be seen, Delta Airlines’ network of influence is well established and if she manages to convince most of those companies to stand up to Boeing, the damage could be considerable in the long run. There is no need for these companies to make a lot of noise, they simply have to replace their old  B737 with C series and Boeing will have wasted a lot of effort trying to kill the C Series.

One thought on “Delta’s plan B for the C Series”