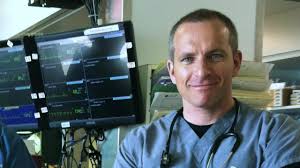 Dr. Saint-Jacques will wear a biotechnological device that will eventually improve our ability to monitor the health of astronauts. He will also test a new instrument known as a bio-analyzer, which will perform near real-time analysis of blood. Scientists and companies from across Canada were at CSA headquarters to discuss the current and future science and biotechnology experiments in space.

The Government of Canada is committed to strengthening science in Canada, supporting scientists’ vital work and furthering the country’s reputation as a global centre of excellence in science, research and innovation.

As part of its commitment to science, the Government of Canada is making sure that space science helps drive innovation in Canada, in alignment with the Innovation and Skills Plan.

As international space agencies explore increasingly distant destinations, space travel must be made safer for astronauts. Canada’sspace science community makes an essential contribution to understanding issues related to the health and wellbeing of astronauts.

Canadian scientists use space to study our bones, heart, blood vessels and brain. This has led to discoveries that helped develop new fitness strategies to improve the health of people at risk of cardiovascular diseases, increased our understanding of the early stages of Type 2 diabetes and other issues that may arise from increasingly sedentary lifestyles and aging.

« Our government knows that investing in space technology and science aboard the International Space Station will have a direct and positive impact on the everyday lives of all Canadians. As we look to take on more space-related missions, the health experiments announced today will not only keep our astronauts safer and healthier, but will advance health-related innovations to keep Canadians, on Earth, healthier as well. »