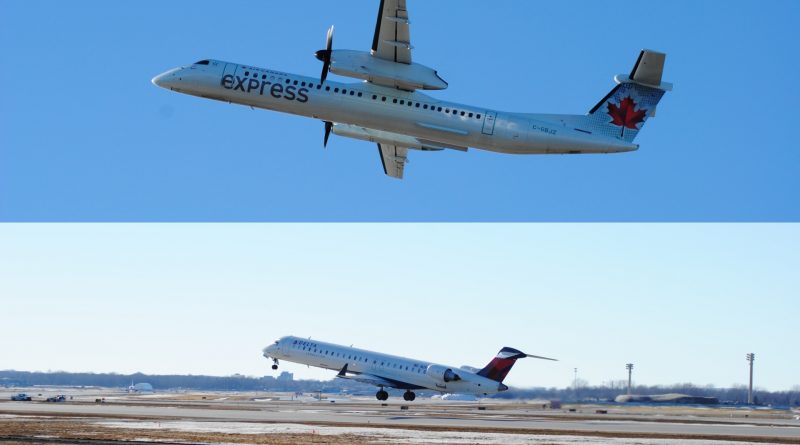 During this past weekend, numerous hypothesis, analysis and rumors about the future of the Q400 and the CRJ circulated on the net. Altogether, these writings made more millage last weekend then all of Bombardier’s commercial aircrafts.

The mega news of the deal between Airbus and Bombardier has sent shock waves all over the aerospace planet and everybody is in a waiting mood for the next major move from Bombardier. But the reality is that unlike hotdog sausages, aircraft programs cannot be sold by the dozens, as a matter of fact transactions are exceptions not the norm.

During the last weekend, I read many comments about this or that buyer for the Q400 and the same about the CRJ. But I haven’t seen a good business case for those hypothetical buyers. You also have to consider that there are only few buyers for aircraft programs and considering the age of the Q400 and the CRJ programs, there resell value has diminished a lot. They still have a certain value for Bombardier as long as they don’t need a big capital injection.

On the second of November, Bombardier will release its quarterly results and as usual there will be a conference call with analysts. So if you really want me to make predictions I will make two, first: on the second of November, analysts will ask questions to Alain Bellemare about the future of the Q400 and the CRJ. Second: I will not pronounce myself about the future of Bombardier’s commercial aircraft until the third of November.