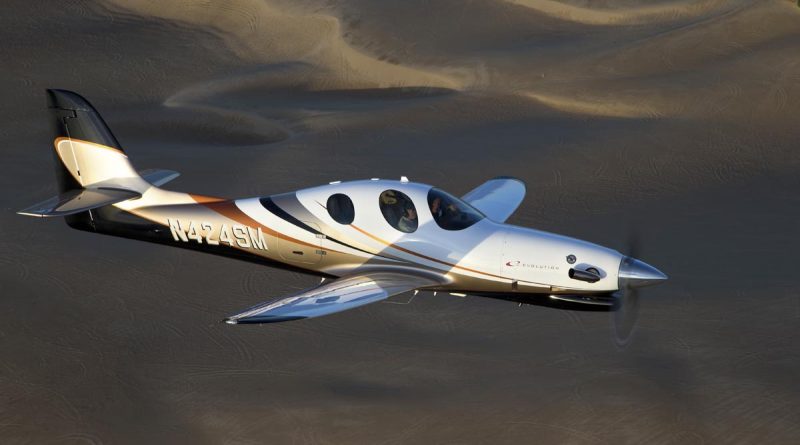 « The PT6A-140A engine sets new standards for performance, fuel efficiency and reliability in its engine class, » says Nicholas Kanellias, Vice President, General Aviation Programs, Pratt & Whitney Canada. « The PT6A-140 engine series, our latest generation small PT6A engine, is the powerplant of choice worldwide for numerous applications. The PT6A-140A specifically appeals to the kit aircraft industry because it provides the same power as a mid-size PT6A engine but is both smaller and lighter. In a small four-seater aircraft that combination of power and light weight is key. »

More than 450 PT6A-140 series engines have been produced to date and have flown 400,000 hours with zero-reported in-flight reliability issues, while delivering improved performance and operating economics, such as 15 percent more power and five percent better fuel consumption than comparable engines.

With the addition of the PT6A-140A and the PT6A-21 to its engine line up, Evolution Aircraft now offers three turbine powerplant options for its aircraft: the PT6A-21 for the EVOT-550, the original PT6A-135A for the EVOT-750 and the PT6A-140A for the EVOT-850. All three engines fit the same envelope so there are no significant airframe alterations required regardless of the engine selected. « The first production PT6A-140A engine was delivered to Evolution recently, » says Kanellias. « Customers will notice the performance boost with the more powerful -140A. It delivers exceptional climb performance and higher cruise speed, giving the aircraft the feel and operability of a light jet at a lower overall price point. »

« For over 35 years, Evolution Aircraft Company (formerly Lancair International), has proudly lead the performance offerings in the aviation industry, » says Kevin Eldredge, President Evolution Aircraft Company. « As we refine our focus on the Evolution line of aircraft, the new EVOT-550 and EVOT-850 expand our offering to four fantastic models. PT6A engines have been the foundation of success for the Evolution aircraft and as we approach the delivery of our 100th aircraft kit, we have already seen an increased interest and acceptance of the new PT6A-powered -550 and -850 models. »

The -140 series, like all other PT6A engines, is easy to access and maintain, thanks to its modular design and externally mounted fuel nozzles. Simple routine engine inspections can be done while still on-wing, in the field or in the hangar.

« Designed and built to be best-in-class, the PT6A-140 engine family enjoys exceptional reliability. The PT6A-140 engine has already been selected by 10 OEMs and conversion companies to date, » says Kanellias.

P&WC has manufactured nearly 47,000 PT6A engines, of which more than 23,000 are still in operation. The engine family has flown more than 380 million hours, providing P&WC remarkable depth of knowledge when it comes to the PT6A’s performance history, maintenance requirements and experience in design of operations for the variety of environments these engines will face. The PT6A engine is also supported by one of the largest and most comprehensive customer service networks in the industry with about 2,000 customer service professionals located around the world.

P&WC will be at EAA at booth #2132, Hangar B. Interested operators are invited to drop by the booth to speak with a marketing or customer service representative.